BHPSC actively contributes to the UK-wide and international campaign for a full arms embargo of Israel, and in particular an end to the UK’s shameful two-way arms trade with Israel. 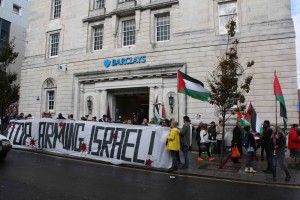 We are now stepping up the campaign in Brighton – together with activist groups around the country. Links to recent activities are given below – these include explanations of the background to the campaign, and links to other websites.

Sign up below for periodic email updates. Better yet, become a member of BHPSC by clicking HERE